When a transfer is performed from a System Debit Account to a User Account, the funds are credited to the User Account, but it does not appear in the statement of accounts.

In the image below, 92pts and £31.77 is transferred from a GBP and pts System Debit Accounts to the School User's account. The account summary is as shown below 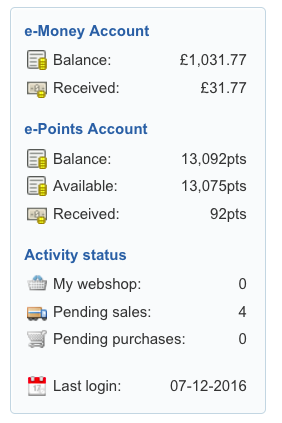 Although the correct amount is credited to the account, the transaction list / statements do not include a reference 92pts or £31.77. We have also implemented the PayPal scripts and we get a similar behavior. The PayPal payment is registered and the account credited, but the credit does not appear in the User Account. 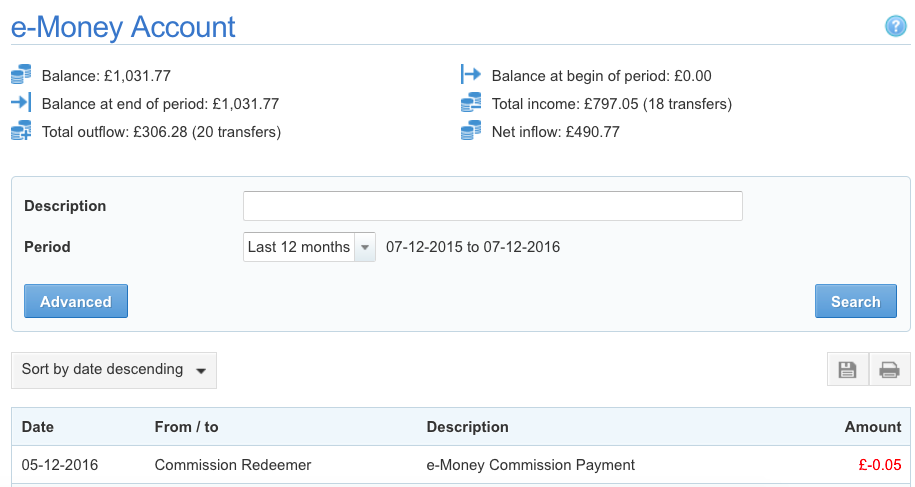 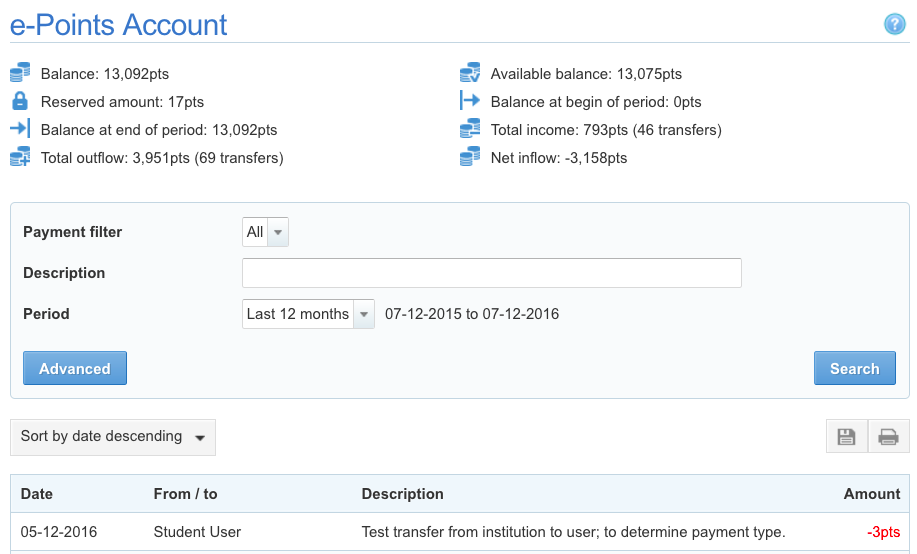 Below is the account summary for a user as seen by an administrator, as well as the summary when the user sign in. 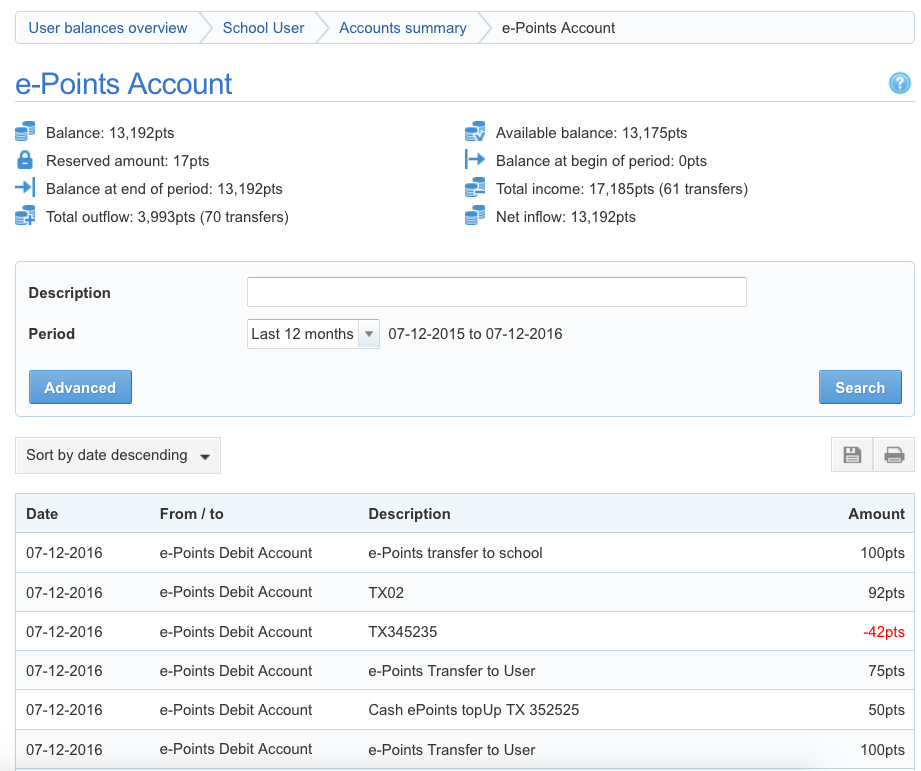 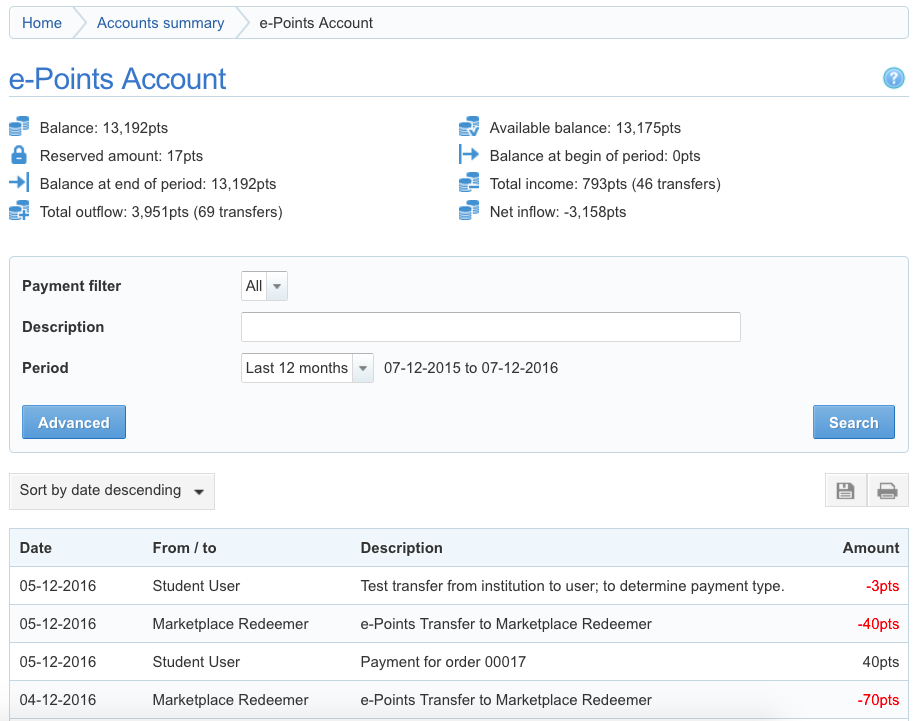 It's a bug, and will be fixed on version 4.7.1.
It happens when the user does not have his own group on the accessible groups permission.